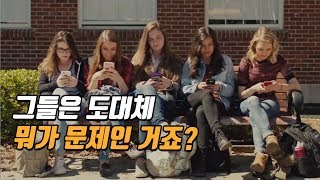 Millennials in the Workplace

“What’s the Millennial question? Apparently, Millennials is a generation which is a group of people who were born approximately 1984 and after. They are though to manage. And they’re accused to being entitled. And narcissistic. Self-interested. Unfocused. Lazy. But entitled is the big one.

And because they confound leadership so much, what’s happening is leaders are asking the Millennials: “What do you want?” And Millennials are saying: “We wanna work in a place with purpose.” “We wanna make an impact.”

Some of them got into honors classes not because they deserved it but because their parents complained. And some of them got A’s not because they earned them but because the teachers didn’t want to deal with the parents. Some kids got participation medals. You got a medal for coming in last, right? Which, the science we know is pretty clear, which is it devalues the medal and the reward for those who actually work hard. And that actually makes the person who comes in last feel embarrassed. Because they know they didn’t deserve it so that actually makes them feel worse.

So you take this group of people. And they graduate school and they get a job. They’re thrust into the real world. And then in instant, they found out they’re not special. Their moms can’t get them a promotion. That you get nothing for coming in last. By the way, you can’t just have it cause you want it. And in an instant, their entire self-image is shattered.

And so, you have an entire generation that’s growing up with lower self-esteem than previous generations.”